How Cannabis Could Become The Next Real Estate Disrupter

For a while it looked like the best thing to bring to a neighborhood was a new Whole Foods grocery store. One study showed that homes in these neighborhoods would appreciate at a much faster rate than if they were near a Trader Joe’s (and both were better than a Starbucks). Another sign a neighborhood is on the cusp of revitalization is when the yoga studios start vying for space with the arthouses. Usually it is not long after that the expensive coffee shops and cupcake stores start showing up at street level. But now that so many states have passed laws favorable to the marijuana movement, the next big thing to bring a neighborhood back from the brink just might be the increasing number of organizations that work in the industry.

Downtown Los Angeles could be the first case study to see this phenomenon in action. Next month, a seven-story building in the heart of Los Angeles’ Jewelry District will open up, filled with tenants who all have cannabis somewhere in their job description. The 67,000-square-foot Green Street Building (the name is in reference to its anchor tenant, the Green St. Agency, which works solely with clients in the marijuana industry) will house everything from co-working spaces to an art gallery, restaurant, law firm, luxury spa and lounge. Real estate investment company Bow West Capital purchased the property last year for a reported $14 million. Once open it will be the largest real estate space dedicated to cannabis in the U.S.

“The buildings in [the Jewelry District] have not received the proper upkeep, allowing for low sale prices of the buildings but also requiring full renovations,” said Matthew Rosenberg, CEO and Founder of M-Rad, Inc, the design team behind the project. “With the prosperity and funding in the cannabis industry on the rise, this is a perfect combination for this exciting new industry to make this area their home, with Green St. being the catalyst.”

While there are not many residential properties for sale within the Jewelry District itself, data from Realtor.com shows the few that are on the market have a median asking price of $525,000. Surrounding neighborhoods vary quite a bit with the neighborhood of Florence-Graham about five miles away to the southwest seeing median list prices of $440,000 compared to Greater Wilshire a few miles to the northeast seeing median list prices of $1.7 million. 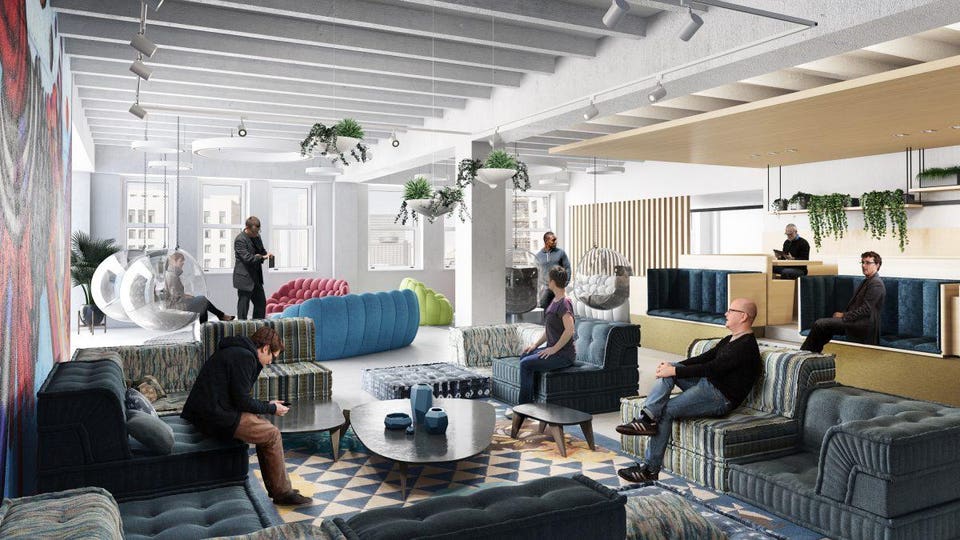 M-Rad took the 1913 building and completely renovated the interiors to create mixed-use spaces that cater both to the requirements of offices and restaurants as well as the unique needs of cannabis companies. They needed to create the right proportion of an open-plan design matched with a set of cloistered, secluded rooms for those who want privacy. Here are some images of the interior provided exclusively to Forbes.

For example one concept for behind the hidden door of the library bookshelf is a secluded meeting room with a custom-designed furniture. (For the enthusiasts out there, a Forbes contributor put together a Gift Guide which includes some of the most unique marijuana rolling papers, with some that are made from gold and others that look like money.) 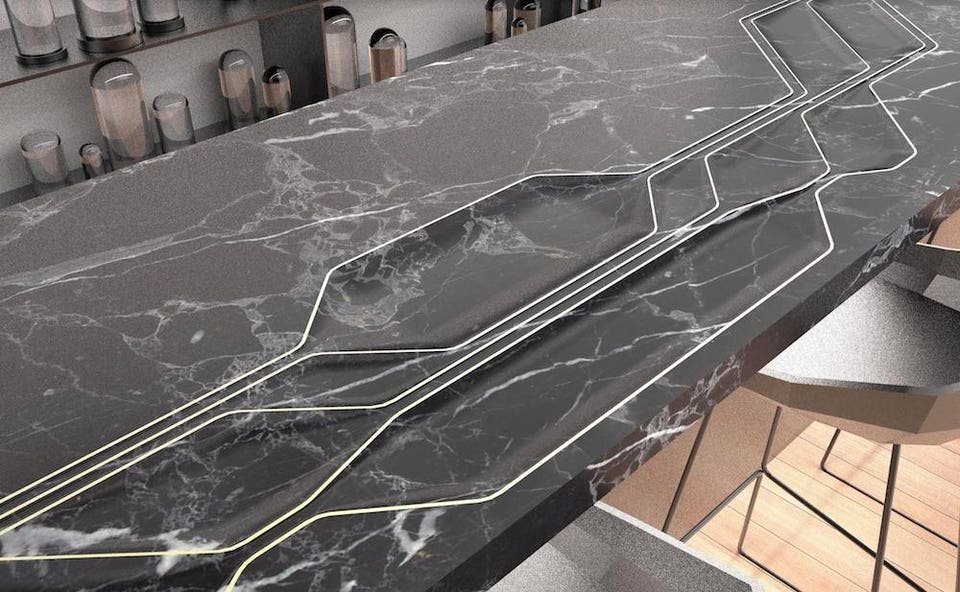 The lounge, MOTA—which if, like me, you didn’t know is a Spanish slang term for marijuana (at least one dispensary out there has ascribed the words Medicine Of The Angels to the letters, but the term doesn’t have its origins as an acronym)—will be in addition to the restaurant, which will have fully transparent windows into the kitchen so guests can see the food being prepared. Sound-proof rooms are also available for private meetings. [Update: An earlier version of this article included information passed on from the design team that mentioned cannabis-infused menu items and cannabis tastings would be available on site. Those options related to another marijuana-related project in their portfolio and not to Green Street. There is also no smoking allowed in the building.] 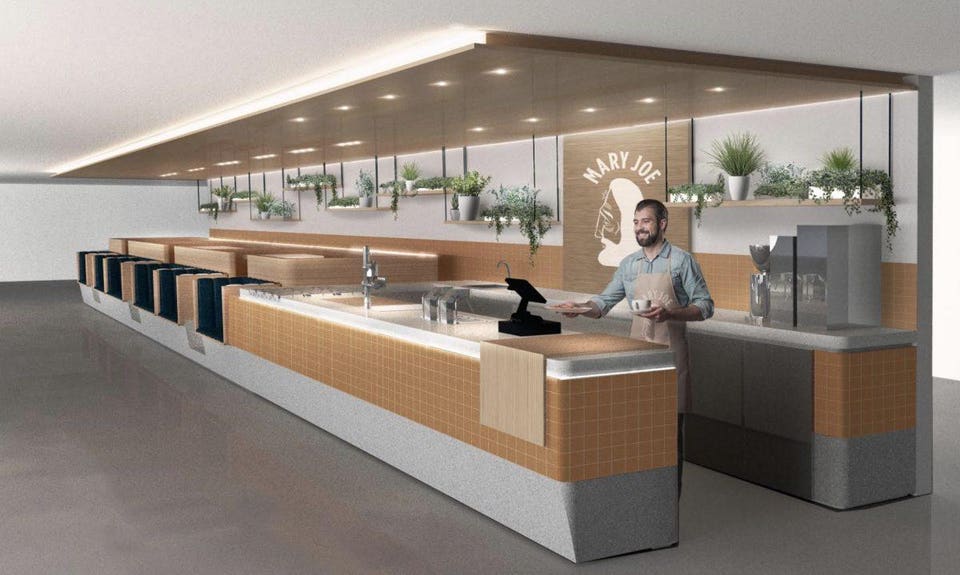 “The companies who are part of the building are some of the biggest players in the industry,” says Rosenberg. “Which will bring in high-level clientele and investors who may feel encouraged to invest in the development of the area. The building itself will host a number of cannabis-related programs such as cultural activities and gastronomic experiences which will attract new clientele.” Some of the big names affiliated with the project are prolific investor Gary Vaynerchuck, who is a 50% stakeholder in Green Street Agency, and Vicente Sederberg LLC, dubbed The Marijuana Law Firm, is one of the tenants.

Typically neighborhood revitalization follows the pattern of stores opening up on a neglected city block one retail space at a time. But this model is different. By bringing a critical mass of companies to the neighborhood all at once, the sudden influx could accelerate the resurgence all the more quickly. Los Angeles’ Jewelry District could become a major player in a matter of months, not years.